Full Name
Eric Rosenzweig
Job Title
VP of IT
Company
Qdoba Restaurants
Speaker Bio
An industry veteran, Eric brings more than 25 years of experience managing technology at leading corporations. Currently, as VP of IT at Qdoba Restaurant Corporation, he is focused on carving out the business from Jack in the Box as Qdoba stands up an entirely new organization. Prior to this, he was VP of IT for Urban Plates, a fast-casual restaurant concept based in Southern California and prior to Urban Plates he was the CIO at Garden Fresh Restaurant Corp and led the transformation from homegrown systems to commercial software.

Prior to serving as CIO at Garden Fresh, Eric served as vice president, IT Operations at PETCO Animal Supplies, Inc. for 16 years where he was responsible for both application development and Infrastructure as the company grew from 200+ stores to over 1,000.
Speaking At
INTERACTIVE ROUNDTABLE #1: Innovating & IT Problem Solving for Fast Casual/QSR 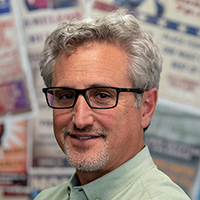