Before becoming group editor-at-large of RIS News, Joe Skorupa was editor of Hospitality Technology, Consumer Goods Technology and VSR Magazine, all of which are media franchises of Edgell Communications, which Joe joined in 2001. In 2002, the American Business Press judged a series of columns Joe wrote to be one of the three best regularly featured columns in the country. Joe is a frequently quoted interview source for national media, including USA Today, American Public Media, Washington Post and Investor’s Business Daily, as well as a speaker at such national conferences as the NRF Big Show. Joe was formerly Editor-in-Chief of Boating World, Executive Editor of Boating, and outdoors editor for Popular Mechanics. 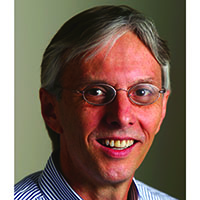